Behavior change regarding your health is easy but difficult at the same time. It is easy because you know that eating right will make a big difference in your life and you want this. It is difficult in that drastic changes must be made and committed to. This, by its very nature, takes discipline and is a struggle.
Eating right is the obvious change but what other changes must be made? You will have to shop smarter, you will have to exercise, and you will have to do whatever else is specific to your situation. For me, I have to commit to getting up at 4:30AM to exercise. There is no other time for me to do this. It’s not easy but it is simple because that’s when I must exercise so that’s when I do it. You must do what it takes to make your changes and the first step is easy. Make that decision.
Advocare can make this change easier to bear. You get a solid program with a cookbook and supplements that make you a fat burning, muscle building machine.

It happens every year, when we wake up December 26 in a holiday stupor. We are bloated from all the food and somehow perplexed that there’s a tree in our living room. Then, all the morning news shows begin to guilt us into losing those “unwanted pounds in the new year.” Even Richard Simmons will make an appearance, I’m sure of it. Well, at the risk of sounding mainstream, Advocare can help you lose those holiday pounds.
I have gone through both LA Weight Loss and Weight Watchers, and I have been successful with them. However, I felt like I was missing something. Yes, I was missing fat, but without the supplements offered by Advocare I was losing things I needed. I was sluggish and my muscle mass also diminished. A lighter man is no good if he is a weaker man. Items like Catalyst, Spark, and the delicious Chocolate Meal Replacement have made me believe that Advocare is where I will find ultimate success. There are no meetings to go to and you can actually make money on it! How’s that for opportunity? A thinner waist and a fatter wallet. You can’t beat that.
There are some things you need to do to prep, so contact me and we can talk about you actually meeting those goals you’ve set for the last several years.

As I have told people about me working to lose weight through the Advocare program, their first response is, “Now? During the Holidays?” They’re right. It is the absolute worst time to lose weight. No other month long period has more scores of delicious food. Plus, this is the only time of year some foods are typically prepared. However, I’m fat all year long and I’m tired of being fat. I didn’t want 30 more days to extend my waistline. Plus, the time of year has nothing to do with it. It’s all on me. What I decide I’m going to eat. This is a lifestyle change; not a one time try it and see change.
Your frame of mind on food is very important when trying to eat right. For instance, some food just isn’t worth it. Are you telling me you can’t say no to fruitcake and pumpkin pie? Both have to be the most mediocre desserts known to man. Also, never am I more disappointed than when I bite into a cookie and realize it’s an oatmeal raisin. My first thought is, “this would be really good if it were a chocolate chip cookie.”
There has to be food you say no to and these are just some of mine. I also say no to Sonic French fries. Realize that you have a choice in your food intake, and begin saying yes to food that is good for you. You can still have the foods you enjoy, but your clothes will fit better.
It’s not easy. I have guidance and help through the Advocare program. You can get this too.

The new year is right around the corner. Contact me and we can begin discussing your health improvement plans for the new year.

Hungry allthe time is too much. However, you are supposed to be hungry a couple of hours after every meal. You should be eating a lot, just not all at one time. AdvoCare can show you how to do this.
I have been that unhealthy fat consuming machine and I’m working on changing that. Just how bad have I been? To give you some perspective, I’ve been comatose after eating three slabs of ribs in a single sitting. Also, the plate of wings at Outback that are supposed to be shared among four people is my regular meal along with a salad and a Bloomin’ Onion to start. I can down a 40oz milk shake in less than three minutes, eat bowls of cake and ice cream, and easily drink hot sauce. Well, just because I can do these things, it doesn’t mean that I should.
There are some circles where such feats of gluttony are prized, but I no longer want to have any part of that. I want to act healthy, eat healthy, and be healthy. I can still eat foods I enjoy sometimes, but by being a healthier person I can also run in obstacle course 5Ks like the WarriorDash and the Mud Run. My times were pitiful last year, and I plan on remedying that.

To get started, try the meal replacement shakes. They are delicious.

I wouldn’t call Advocare a crash diet because I have no plan to crash at the end and gain all my weight back. Advocare is a way to lose some stubborn pounds and begin a new lifestyle. So actually, it’s a jump start.

Relatively speaking, maintaining your weight is easier than losing it. I’ve weighed the same since high school. Now, I can’t powerlift 500 pounds anymore so there has been a loss of muscle of course, but I weigh the same and wear the same sizes.
In any case, losing weight is definitely the tough part. Advocare makes it easier by giving you a method to lose a lot of weight quickly over their 24 Day Challenge. It is during this challenge that you will drastically change your eating habits and lose weight. The goal is then to keep the weight off which is what you want to do.

If you have no desire to continue healthy eating habits after this challenge, you will ultimately fail. However, the path Advocare puts you on can be maintained, and with the supports it offers, that is possible for anyone willing to try.

My Progress: As of day eleven in the 24 Day Challenge, I have lost 9.4lbs and a total of 8.25 inches. I am now starting the 14 day segment where I alternate burn and refuel days.

Most people equate weight loss with eating nothing but rabbit food. Well, while you do need to eat more greens for a generally healthy diet, you are able to eat like never before through the Advocare program. Protein is a huge component. This morning, I had FIVE eggs for breakfast (1 whole & 4 whites) along with some oat meal. I’ve never eaten so many eggs in one sitting in my life.
I’m actually eating all through the day, but I’m eating all the right things. Additionally, the supplements from Advocare help me get all the nutrients I’m supposed to have so I don’t feel like I’m missing out on something or losing muscle.  Plus, I feel great and this is why I’m an Advocare user and distributor. I want others to know the wealth of benefits that come from eating well. A healthier you is a happier you is a more pleasant time at home with your family.
Malita and I are beginning a weight loss program this morning. A healthy diet is key to a productive and healthy life. I know that sounds cliche but think about it; when you eat poorly, you are going to feel bad. You will be less productive at work, have less energy, and not feel like playing with your kids. Wouldn’t the opposite of all this really be nice? I have tried to do it on my own with little to no success.
The Advocare program promises results and convenience through a supplement based program.
Let’s see what happens.
I am just tired of being big and slow. I was passed several times in my first 5K earlier this year. So, I’m working to lose weight and gain strength with Advocare.
As a counselor, I think many personal issues, including one’s marriage and family, can be improved when our bodies are healthier. Sugar and caffeine can make anxiety worse. A poor diet, especially overeating, can make you lethargic and moody. Plus, with low energy, you have nothing to give your families in the afternoon after a long work day.
I hope you’ll follow my journey here on my blog. I’ll be discussing weight loss and personal growth as it pertains to physical/emotional health. I’ll also continue discussing marriage and parenting issues as I have for the last six years. My readership has grown a lot since I started, and I would like to thank those who continue to read my work. I hope that now I can help you physically as well as emotionally.
If you are interested in AdvoCare, check it out here. The 24 day Challenge is where you want to start, or let me know if you have any questions about beginning your own journey to a healthier life. 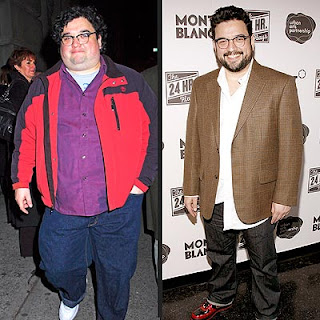 It’s been a few weeks since I’ve posted anything on weight loss. I was pretty bitter because for two weeks I lost a miniscule amount and so I cursed the Weight Watcher gods. Looking back, I think I know what it was.
First, I wasn’t counting my bonus points accurately enough. I would eat a lot and then just not eat any more beyond my daily allotment. This is difficult to do as  you never know what food might come your way. So, holding on to bonus points in the Weight Watchers program is crucial to success. Eating an entire meat lovers pizza (as I’d love to do right now) won’t help me lose weight. There still must be self-control even with programs where you can cheat a little.
The second reason I don’t think I lost much was because I was under a lot of stress. For some reason, this hurts any weight loss goal. I wasn’t exercising because of the work load I was under, and I suppose when your body believes it’s under attack, it holds on to food, water, etc.
So, if you’re going to lose weight, you’ve got to lose the stress.
The picture isn’t of me. It’s Horatio Sanz of Saturday Night Live. Looks like he’s leaving comedy and going for romantic roles. Great job, Horatio! 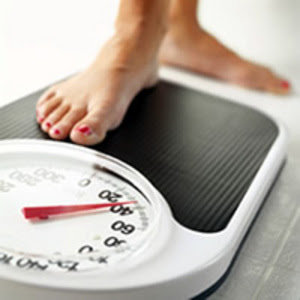 I hit the ground running with Weight Watchers and had two great weeks of weight loss. As my clothes fit again and I feel physically better, my intensity and dedication to the program begins to wain. So, I must keep my eyes on my weight goal. Otherwise, I’ll be right back where I was and then some. Let’s not lie to ourselves. Just because our pants aren’t tight, it doesn’t mean that we’re where we need to be.
What are some other lies we tell ourselves?
Where do you want to be? Go there.