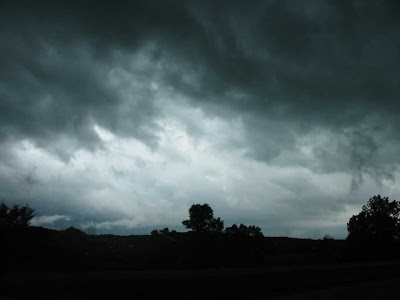 I received this question through a comment on my article “Emotional and/or Physical: Is It An Affair?”

“What should I do if my spouse refuses to acknowledge his emotional online affair? He says I’m overreacting. He stopped contacting her but not out of remorse or of wanting to do the right thing. He just wants me off his back. He refuses to go to counseling with me so I go by myself. Also, he won’t talk to anyone about this issue. I am afraid that without talking about our relationship, the same thing will happen again. He still plays regularly on the game site he met her on even though I have told him it makes me nervous. I caught him talking to her last month. I feel like a doormat. He is in a state of withdrawal and denial about what he has done. I have read that this is called an emotional divorce. I am trying to find out how I can meet his needs that I was not meeting before, even though he won’t tell me what they are, and I’m studying God’s word to give me strength. I believe God has brought me into a marriage covenant that He does not desire to be broken. My husband has built a wall around his heart that is very hard, and I believe he has allowed Satan to lie to him. I feel I need to win him back, but this is so backwards. I was the one betrayed, but he is the one who is full of anger and bitterness because I ‘took away his good friend.’”

Let’s take a look at what is going on. I speak to my female colleagues at work. We laugh and talk about our weekends, but I do not sit across from them and play chess while no one else is around. This would be very inappropriate and it is, in effect, what he is doing. In his mind, he has justified the behavior as harmless, but apparently, an emotional bond has been established and this is infidelity in its most deceptive form. His actions are very harmful, as an intimate connection has been made with someone other than you, his wife. He may believe he’s having harmless fun. If his conversations are not intimate, then he is, but he’s having harmless fun with a woman that is not you. This is a problem. There is a perception that when there’s no physical contact, there’s no affair. This is false. Well, how do you reach a spouse who does not acknowledge the extramarital relationship for what it is?

The issue must be discussed, but you pose a difficult predicament since he will not talk to anyone about it. Someone or something has to make him see what he’s done. Hopefully he’ll become remorseful, but even if he doesn’t, if he decides to stay off the game and talk about what is going on, the rebuilding of your marriage can begin. Otherwise, you will simply become “roommates.”

Here are some things that I think you should do. First, there is an emotional need that he is getting met from the game and from her. You mentioned that you haven’t met his needs in the past so he may be expecting you to act the way you did then. This may be difficult, but keep meeting his needs even while he is neglecting yours. If you start meeting his needs now, he will hopefully begin noticing the difference. “In the same way, you wives, be submissive to your own husbands so that even if any of them are disobedient to the word, they may be won without a word by the behavior of their wives, as they observe your chaste and respectful behavior.” (1 Peter 3:1, 2) Actions speak louder than words. Second, keep praying (especially when he’s on the computer) and trust in God’s timing. Ask your friends and relatives to pray at those particular times too.

What you don’t want to do is go at him aggressively and verbally attack him. This is what you want to do and may be what he deserves, but he will become defensive and not listen which is the opposite of what you want. So, third, I would recommend sitting him down and telling him exactly how you feel and what this has done to you emotionally and what you think it has done to your marriage. Make sure you do it from the standpoint of, “This is how I feel and what I think has happened” rather than “This is how you (husband) screwed up!!” Use “I” statements like, “It hurts me when we don’t spend time together.” Don’t say, “Why are you always on that computer with her?” “Why” questions make people defensive. If you were my clients, I would ask him, “For your life to be just like you want it, what would have to change?” Maybe you can do this. Maybe he’ll open up. Also, don’t do it every night. His wall must be torn down with the power of God not with repeated onslaughts.

Well, how long do you go until you say, “I’m through?” This is between you and God. Infidelity is cause for divorce (Matthew 5:32), however, with your son and with what you’ve already built, divorcing will have its own set of difficulties. You may trade one problem for another, but with the prospect of winning him back, you must decide how much you are willing to work. You’re trying to save your marriage, but there are souls involved here as well. Like I said, this is between you and God. Threatening with divorce may be what shakes him conscious, but I can’t be sure of that.

Satan does win some over but hopefully with prayer, your husband’s heart can be changed.