I enjoyed talking with Rod Precise on the Son Brother Husband Father Show about my work as a counselor and about my article, “Is Your Wife Controlling You?” Listen to the show here and be sure to check out some of their other podcasts as they work to encourage men to live strong, healthy lives for themselves and their families.

The book’s subtitle is, Changing the 8 Dumb Attitudes & Behaviors that Will Sink Your Marriage. Cloud and Townsend talk a great deal about their work with clients and how this man or woman (or both) was doing or thinking something “dumb” and how this dumb thing was ruining their marriage. The authors then relay the practical suggestions they gave to their struggling clients.

Being a counselor myself I really questioned this method of writing. Did they ask their clients (and friends) to sign a release? I didn’t research this aspect of their book but I wonder. The recall of the precise session makes me question the authenticity of Jane and Rick (or whoever), but I could be wrong. I write about things that come up in sessions but I don’t say, “the other day, Michael, Stephanie, and I were in session.” I suppose they could change the names easily enough. My friends think I analyze them already so I tend to stay away from such writing styles.

Their tactic of offering good advice is easy to understand but the suggestions are not always easy to employ. Behavior change can be the answer to most problems in a marriage, but this plan forgets the ingredients of bitterness, betrayal, or any number of problems with the heart. Cloud and Townsend do address these deeper matters as they relay discussions with clients. However, if you or your spouse has other issues, getting help for these may also be in order. The behavior changes suggested in the book are a good start but they may not be enough unless your situation is exactly like the examples in the book.

This is not a book that’s going to move you to act unless you are already there, but it is good for enrichment if you want to improve things. It would also be good for a Bible study class although their  references about marriage and family in scripture are nothing new. If you are going through some serious issues with your spouse, and counseling is needed, this book would be a good supplement to that type of work as well.

Overall, I enjoyed the book as I listened to two experienced counselors lay things out in a way that I probably would in similar situations with clients. If you are struggling with what seem to be simple things in your marriage, this is a great place to turn for practical, no-nonsense advice. But if you think you need more, seek that help first.

Purchase this book on the Kindle.

The Us Factor™ Program
You CAN have a great marriage.
Learn the secrets to loving well.
www.TheUsFactor.com

Find me in this month’s issue of Think Magazine by Focus Press. It’s a special fatherhood issue, and in it I write about male leadership in the church and in the home.

I am proud to announce that my blog will be hosting the first “Love Is Here” Live event. You can view it live on this site, Tuesday, April 5 at 1pm to 4:30pm (Eastern)!


Join us here to learn about innovative programs, opportunities, and strategies to grow marriage strengthening work in your church and community. Program highlights are below.
RSVP and invite friends on Facebook 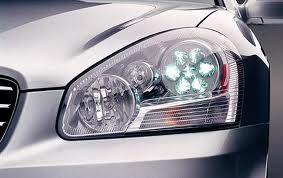 A long time ago I gave up worrying about punctuality. Time moves and I can’t do anything about it. If I’m late, I’m late. Not to say that it doesn’t bother me if we have to be somewhere. I still struggle with it, but I’m coming to terms with the fact that the only way I can keep my sanity is if I do my best to stay on schedule and then whatever happens beyond my control is just that, beyond my control. I’m finding that life is much easier this way. Also, the world doesn’t collapse.

By looking at my watch less and the world around me more, I’m also noticing how God is working in my life. The other day I was scheduled to go to a meeting at central office; I work full-time for a school system. Things were going well as it was one of those mornings that I could leave later than usual. I hadn’t planned on stopping by the school. I’d drop Campbell off at the sitter and be on my way enjoying my latest audio book, The Invisible Gorilla.
As I was driving, I remembered that my lunch needed to be refrigerated. My strategy now had a kink. There was a time when this might have bothered me since any minor setback can ruin an otherwise perfect arrival time. Not to worry though. I would just stop by the office and be on my way. Truthfully, I was still a little irritated.
The event of forgetting about my perishable lunch led me to see my principal who said, “You don’t have to go to the meeting.” Wow! Had I not stopped, I would have gone needlessly and wasted a great deal of time: a dreadful occurrence indeed. I put my lunch in the fridge and went to the high school to deliver some books. This had to be done because I’d actually forgotten them during a previous errand the day before. Are you seeing a pattern here?
Since March I’ve been researching the viability of a non-profit in my area called Project Family. While at the high school, I garnered a guest for my radio show that promotes the non-profit, and I potentially enlisted the help of two volunteers. I didn’t fret over time and God has blessed me. What if I’d gone into the school and ran back out in a huff because my day wasn’t going as planned? I would have missed some great opportunities.
So, I’m thankful that things happened the way they did. He doesn’t know it, but the driver of the old truck whose lights I turned off when leaving the high school is also thankful that things didn’t go quite as planned. 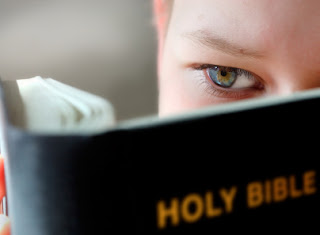 As I began reading Mason (my five year old) his Bible story tonight, he let out a sigh. We read out of a children’s Bible that is broken up into short stories for every day of the year. Why was Mason growing tired of this? Well, children enjoy hearing the same stories over and over again. Continuing through this yearly Bible would not give him the repetitiveness that children crave. So, while the Bible is relevant for all ages, I wasn’t giving it to him in a format that he could digest. So, it’s back to his little Bible. I asked what story he wanted to hear. He said, “Noah.” He crawled up into my lap and we read about the flood. We read about it for the 100th time, but really it was as though it was the first. 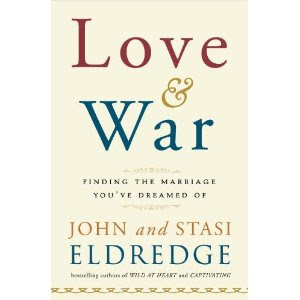 I have read a lot of marriage books and this one was quite different. While I thoroughly enjoyed Willard F. Harley’s practical steps to a better marriage in Fall In Love Stay In Love and John Gottman’s critical analysis in The Marriage Clinic, John & Stasi Eldredge took me on a journey through the lessons they learned in their marriage and through the experiences of others. This wisdom is invaluable and the teachings of Titus 2 came to mind.
Eldredge & Eldredge did not say that “marriage is blissful if you just follow these steps,” but rather they laid it out in all its difficult and magnificent glory. It’s torrential and possible of great pain, but if used as God’s tool, it can forge you into the person and couple he wants you to be.
As they tell it, marriage is a love story written within the confines of a war for the souls of mankind. I love this depiction of it because, as a Christian, this view of my relationships on this earth and how they relate to the hereafter give me an intense focus, spiritually. I see the scriptural lessons on the home in a new and deeper fashion. Also, the authors’ style and tone of writing press upon me the gravity of my job as husband and father.
What didn’t I like about the book? First, I had a difficult time relating to their spiritual struggles in the last two chapters. I don’t want to be too critical because we are all different and my feelings on the matter are quite personal. I just disagree with some things as I don’t see spirituality in totally the same way that they do. Second, this book may or may not work for you. The Harley book I mentioned earlier is good because it can help people change their behavior; a necessity in many failing marriages. If your heart isn’t open, this book may do you little to no good.
Third, you may not like the book if you disagree with their positions on manhood and womanhood. While I think it’s their strongest characteristic, many would disagree. Several reviewers speak of John & Stasi’s stereotypical view of these positions in the home, but stereotypes come from truth. I think they even admit at one point that not everyone sees it the same way they do. Although, I think the struggles they speak of are universal as they speak to the root of marital discord. So, even if it doesn’t look exactly like you, there are gems of thought that can bring healing to your marriage. Finally, I also don’t agree theologically with their prayer to receive Jesus Christ as your savior (page 212). While it is important to speak words like this and give your heart to Jesus, it takes more than this to become a Christian. 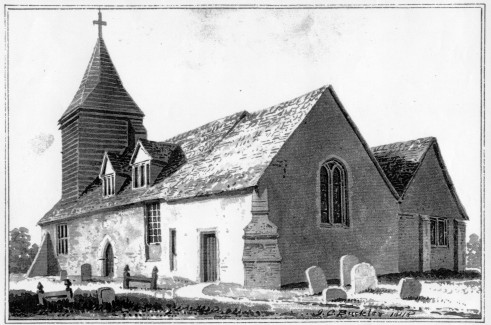