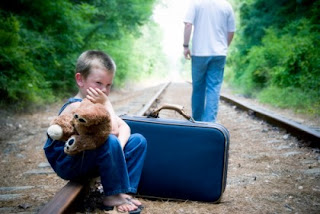 I speak to women regularly who are in a state of turmoil because their husbands have left them. Maybe he left her for another woman, maybe it was for drugs, or maybe it was because he was not ready for the level of responsibility necessary to have the title of “Daddy” bestowed upon him. He leaves a frightened wife, but he also leaves behind children who will never know the love that both a father and mother can give or the level of specific personal resources a man can impart on his offspring.
There are many opponents to the man’s role in the home, especially as they deal with his natural tendencies toward leadership and problem solving. To some, these are politically incorrect notions. However, a home without these, whether they come from the man or the woman, is not a home at all. It is a machine of dysfunction that spirals at the whim of the children and adults who do not understand what it is to be a person of character. A man’s role is even minimized to the point of questioning its necessity. Scientists at the University of Newcastle have managed to create human sperm cells using a female embryonic stem cell (www.environmentalgraffiti.com). While this is certainly fodder for every feminist out there, it also sets boys (and girls) up to believe that men are not needed. Subsequently, the desire to start a family and defend it to the death is never developed. Instead, boys become old adolescents who look out for themselves. Then, a crucial place in the American home is sacrificed and our children are put in jeopardy.
If the wife represents the nurturing portion of the family, the man represents its strength. Daddy chases the monsters away which helps children see that they have nothing to fear. This develops courage. Daddy helps junior reel in his first fish which teaches that a man can eat if all he has is a string, a hook, and a worm. This is survival. Daddy teaches his little girl to slap the first boy who sexually harasses her and also ensures that this fiend will pay for his mistake beyond that if necessary. This is self-respect. Children who don’t have an active father at home miss out on many of life’s lessons. They then become prey for a world that does not think of their emotional well-being but only of what they can be exploited for.
Real men are missing from our homes. Children who need to learn life lessons have holes that they fill with mood altering drugs and destructive behavior. A boy whose temper is lost at the drop of a hat could have been taught to control his inner beast by a good man at home. Instead, the boy’s rage comes out regularly as he develops a disregard for authority at school and with his mother. A girl who is missing a daddy who will love her unconditionally looks to boys for this fulfillment. Selfish males can’t possibly meet a girl’s deepest needs to the degree that the man who gave her life can. Boys see her only as an object, not for the precious being that she really is. This makes her a victim rather than a princess.
A father’s absence leaves a child with questions that are all too often answered in the wrong ways. A child being raised by a single mother can grow up to be a respectable person. However, the influence a good father carries with his children is immeasurable. When a father is absent, the child’s behavior and tear stained face are a testament of this to me.