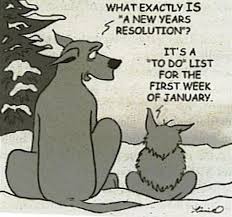 In their weekly podcast, Steven Levit and Stephen Dubner discuss a variety of topics and one of their most famous shows is devoted to commitment devices. This involves any concept that forces your future self to behave in a manner consistent with what your current self hopes to be.
It’s the New Year and everyone is still obsessed over his or her resolutions with diet and exercise being among the biggest. In another two weeks, they’ll be forgotten most likely but right now is a good time to discuss and assess them so hopefully you won’t fall back.
Paying a gym membership or going to weight loss meetings are both examples of commitment devices. While you want something to change, the rewards of not changing are often greater than the future payoff and the current consequences aren’t all that bad so you stay home or just give up.
You can even generate your own commitment device. Part of their podcast was devoted to a man (I’ll call Brian) who despised Oprah Winfrey. Additionally, he wanted to develop some better living habits that primarily involved his physical health. So, Brian wrote a $700 check to Oprah Winfrey and enlisted the help of a friend. Where Brian to fail in his challenge that spanned several weeks, his friend/judge was to send the check to Oprah. He mistakenly put milk in his coffee and left it up to Oprah. As of the podcast, she hadn’t cashed it.
To begin a new commitment to your marriage, I suggest the Couple Checkup. It is an assessment that can show the strengths and weaknesses in your relationship, which will thereby give you a place to start working. www.couplecheckup.com