It is a scenario that I regularly see in my office. Spouse A has cheated on spouse B because he/she wasn’t participating in the marriage. Then, spouse B hurries to fix what has been wrong for 10, 20 or even 30 years, but many times, spouse A believe this effort is too little, too late. What has happened? Spouse B kept hitting the snooze button on their wake-up call. Here are some signs that your spouse wants to improve the marriage; typically through counseling.

He/she says, “I want to improve the marriage. We should seek counseling.” This is pretty straight forward. It might not be this nice, but it will typically be a blatant statement that he or she isn’t happy and wants things to change. Has your spouse said anything like this?

Your spouse spends time on other activities rather than the marriage. Your marriage is no longer fulfilling so other hobbies must be pursued in order for your spouse to get the daily recommended allowance of enrichment. This might be a personal activity or it might be another individual. In either case, it’s not with you like it should be.

Your spouse isn’t happy when he/she is around you. It is a cliche that marriages are to be unhappy prisons of barren loneliness. Well, after 16.5 years of increasing marital bliss, I am here to tell you that it doesn’t have to be that way. You can learn to be happy with your spouse. You should be happy.

You aren’t happy when you are around your spouse. You may be ignoring your wife or husband because of his or her behavior. This too can be fixed through counseling or even a pursuit of your own self-improvement.

Don’t wait until it’s too late. Fix what’s wrong in your marriage, now.

Below are my books available on Amazon.com, all from a Christian perspective.

1. My latest work on parenting, published by 21st Century Christian. 2. No More Yelling formerly titled, How to Argue with Your Teen and Win; a good primer to start communicating better, tonight. Available in Kindle . 3. A collection of my best posts on marriage. Available in Kindle and paperback. 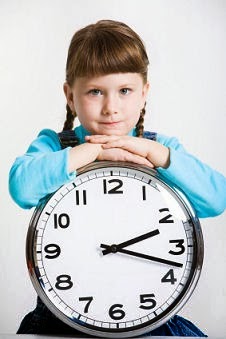 Parents often base their actions on how they were raised. If it worked on them, they will use it. If they are bitter about it, they will cut it out of their parenting style. The trouble with this approach is that parenting is not a one to one science. It’s not a recipe or a blueprint where if you apply the right ingredients or materials at the correct time, you will reap the desired results.

In his book, The Social Animal: The Hidden Sources of Love, Character and Achievement, David Brooks describes the difference between a clock and a cloud. A clock can be taken apart, its pieces measured and then reassembled. A cloud on the other hand is more fluid in nature and while it can be studied, its behavior can also be unpredictable and puzzling. Humans are like clouds in many ways especially in respect to how we relate to one another.

With your children you can do all that you can for them and they may still disappoint you. You can read books, seek counseling and even pray but at the end of the day, your children are human and contain a will of their own. In the story of the prodigal son (Luke 15), the father lets his boy go. He felt it was time to say goodbye to a boy who was discontent at home. What should parents do when they feel their own child pulling away?

First, gain understanding. Proverbs 3:13 says, “How blessed is the man who finds wisdom, and the man who gains understanding. For her profit is better than the profit of silver, and her gain better than fine gold.” With the books we read, we gain knowledge, but do we really gain an understanding of what is happening in our families. What is underneath the surface? There may be a lot going on and it may be out of your control.
Second, Proverbs 22:6 says to “Train up a child in the way he should go, even when he is old he will not depart from it.” Well, why do Christian families lose their children to the world? This is a proverb, not a money back guarantee. Those who are faithful as adults were likely taught at a young age and many who leave return to their faith because of those teachings. So, teaching your child is still imperative in Christian homes. You must also remember that even God loses His children.

Third, treat your child for who he is, not for who you think he should be. It is important to consider your child’s strengths and weaknesses and build from there. Where can they be successful? Where do they need help? You may get a “that’s not fair response” from siblings who view your treatment of them with disdain, but you must remind them that fair doesn’t mean equal and you are only giving each of them what they need.

Finally, your child isn’t a microwave dinner, scheduled to be done at age 18. We rush our children into adulthood too fast sometimes without giving them the proper experiences that help them grow appropriately. Some are ready for college right after high school while others could use some work experience first. Maybe they need to experience some independence or maybe they need to sleep with the hogs. Wherever they find themselves in their path, be there to help them and know that God isn’t done with them yet. 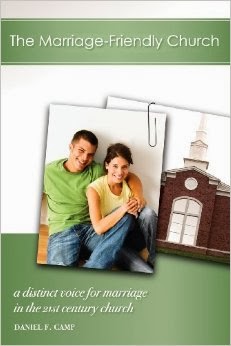